So, the Blueshirts got their guy.  David Quinn looks like your prototypical Hockey coach from the Northeast that coaches the rich kids everybody hates.  His name even fits the bill. 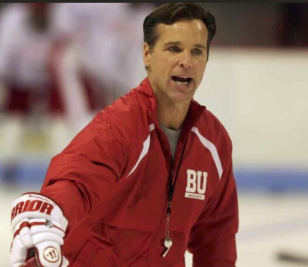 That wont stop me from being 100% behind this decision though.  Reading the tea leaves, it was obvious from the jump that the Rangers had a huge hard-on for Quinn.  They weren’t even being discreet about it.

The reason behind this hiring is obvious as well.  The Rangers wanted a guy that was known to develop young talent, and boy has Quinn done a good job of that.  He has coached the likes of Jack Eichel, Charlie McAvoy, and Clayton Keller.  All of whom are doing very good things in the NHL early in their careers.

This year, the Rangers will be drafting as high as they have ever since Henrik Lundqvist (he will be referred to as Hank going forward) came into town.  The Rangers have 10 picks, and as of right now, 8 will be within the first 3 rounds.  They now have a guy in Quinn that has a great idea of the college talent coming into the game, and that will certainly help having seen a lot of these players play.

The Rangers are chock-full of former college hockey players, so a coach that is familiar with how to coach these guys is beneficial.  Quinn also had a ton of talent himself, being drafted 13th overall by the North Stars back in the 80’s but suffered from a rare disease that forced him into early retirement.

Lastly, David Quinn is a winner.  He came back to his alma mater in 2013, and turned that program around.  He compiled 105 wins (turning a 10 win team his first year into a perennial 20+ win team), 4 tournament appearances, and 1 Frozen Four appearance in 5 season at BU.

Im all in on this dude.  Granted, a lot of this is my usual optimism, but the New York Rangers, Sather, and Gorton had conviction about the kind of guy they were looking for, and they got him.  Whether they are right about the move, only time will tell, but it wasn’t a 2nd or 3rd choice they landed.

This team is going to have a ton of young talent over the next few years that needs to be harnessed and coached the right way, something AV was terrible at.  Quinn is a Northeast guy, through and through.  Count me as one on the bandwagon from the jump, and let’s hope he can bring the Cup back to MSG (preferably before Hank hangs ’em up; emoji praying hands).

View all posts by nyspawtsguy